Chiaki Shinichi(千秋 真一) is the main male character of the series Nodame Cantabile.

Chiaki is twenty-one years old and a 3rd-year piano student at Momogaoka Music Academy at the start of the series. He is an accomplished pianist and violinist, but is also known to be a perfectionist when it comes to music and is highly critical of himself and others. As he opens up to others (with much prodding from Nodame), he becomes more caring of his friends and readily lends a hand to his friends should they need help. In university, he was extremely popular among the female students due to his good looks and musical ability.

He comes from a distinguished and well-off family, and is an excellent cook (although he mostly cooks Western-style food, possibly because he spent much of his childhood in Europe). He seems to think that most "poor" people (such as Sakura Saku) are like the little match girl. While he dreams of studying abroad and becoming a famous conductor like his mentor, Sebastiano Viera, he must overcome his fear of flying and the sea to do so (he finally did with help of Nodame's hypnosis). His fears come from traumatic incidents in the past, one when he survived an airplane crash landing, the other because he was almost drowned. His family once attempted to drug him and bring him on board a plane, but the plane had to turn back due to difficulties.

Chiaki was found by Nodame in front of her apartment's door when he was drunk after being dumped by Tagaya Saiko.

He is dismayed to discover that this freakish but talented girl, Nodame, lives in the apartment next door to him,. However, he develops a sort of empathy with Nodame as he discovers her hidden potential to be a great pianist, and he begins to transcend his perfectionism and begins to enjoy his music and the music of others. Despite his constant irritation towards Nodame, he eventually develops romantic feelings toward her and he chooses to find work as a conductor in Paris, where she is going to study.

As Chiaki realizes his life's ambition to become a conductor, he also finds that he needs Nodame's support and he cannot move on without her. He also appears to have fear of being abandoned and surpassed, the former comes from being abandoned by his father as a young boy. Afraid of being abandoned, he often abandons other people instead, especially Nodame. In various instances, he's also shown to have reservation over being "too friendly" with others, (mentioned in a rehearsal with RS orchestra). He's constantly afraid of being surpassed by Nodame, trying to go ever ahead, which leaves her miserable as she is trying to catch up to him. He also can be considered as insensitive.

He is one of the major factors in Nodame's progress in music, occasionally taking the time to extensively coach her during critical periods. In turn, he too is influenced and inspired strongly by her music.

During university, he became the student/apprentice of Stresemann, and while Chiaki is constantly irritated by Stresemann's numerous vices (visiting nightclubs frequently, chasing women, drinking, etc), he respects his teacher's music and ability in conducting. This relationship sees a continuation when they move to France, where Chiaki is coerced by Stresemann's manager Elise into signing a contract with their agency.

As the series progresses, he falls in love with Nodame, especially while they are in France. Despite his popularity among women, he is somewhat surprisingly devoted, and once their relationship solidifies is never seen to be unfaithful to her, once explicitly declining Rui's invitation for a date and stating that he was going to meet up with Nodame. However, they do go through the occasional rough patch, partially because they spend large amounts of time apart (as a conductor and Stresemann's student, Chiaki travels all over Europe), and both Chiaki and Nodame are prone to bouts of insecurity.

At the end of series, he is slowly advancing his career as a conductor, with an orchestra that has a long history but had since fallen on tough times. He successfully remakes the orchestra's declining image little by little. 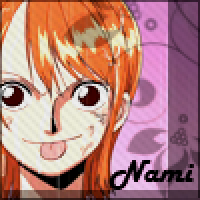 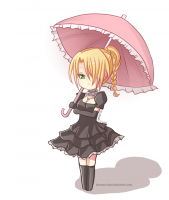 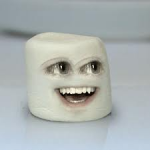